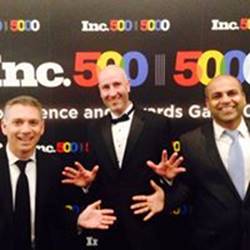 FOR IMMEDIATE RELEASE CONTACT: Stephen Gaskill, 202.257.9298 PHOENIX-BASED SYSAZZLE NAMED TO 2015 INC. 5000 ROSTER National Recruiting Company’s Third Year in a Row on the List PHOENIX – August 13, 2015 — Sysazzle, Inc., a Phoenix-based recruiting company working in the health IT, tech, and federal, state and local government space, has been named to […]

What Kind of CIO are You?

The role of the Chief Information Officer (CIO) is changing, expanding, and having a bigger impact on the bottom line. The growth in technology has morphed the CIO role into areas such as business transformation, change management, service delivery, and even the supply chain. Today’s CIOs require knowledge of both technology and business, not one […]

Why Does It Take So Long to Fill a Tech Opening?

The US economy may not be booming for everyone, but it is definitely sprinting at a pretty good clip. With the June 2015 unemployment rate at 5.3%, the US has sustained 64 straight months of job growth, according to the Bureau of Labor Statistics, and has created 12.8 million jobs in that time. And the […]

Hiring is More than “Kicking the Tires”

When you go to buy a car, you usually do a little research in advance: comparison shopping on price, features vs. necessities, expectations of value over the long term, and so on. The idea is that you don’t want to blindly walk onto a lot, with its multitudes of makes and models, and randomly […]